The Intersection of Human Trafficking and Domestic Violence 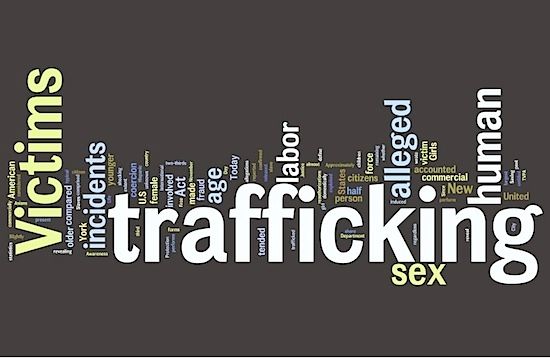 Human trafficking victims can be victims of domestic violence too. Numerous cases have shown that traffickers are oftentimes significant others of their victims. “One study found that 44% of victims of domestic sex trafficking indicated that their pimp was their boyfriend, while another 20% said the pimp was ‘my man.’”[1] Similarly, many international trafficking cases have also shown traffickers to be significant others from the victim’s home country.[2]
HT&DV
The situation is more difficult when a person is both a victim of trafficking and domestic violence. To have power and control over victims, both domestic violence perpetrators and traffickers may use coercive tactics. Coercive tactics include, but are not limited to, “violence, intimidation, degradation, and isolation.”[3]

The complex nature of trafficking often leads to more extreme versions of coercive tactics. This is because “traffickers aim to break victims’ identities so that they will not only submit to all their demands but also to the demands of others to whom they will be sold to.”[4] Additionally, while “domestic violence abusers may isolate victims by limiting or prohibiting victims from contact with friends or family, traffickers often go further by moving victims from one location to another, to ensure that the surroundings will be constantly unfamiliar so that the victims cannot seek help.”[5]

Thus, it can be more complicated for a victim of both trafficking and domestic violence to reveal the situation and leave the trafficker/abuser. Since they face more extreme coercive tactics and may have literally no one to contact and nowhere to go to for help. This is made even more difficult if the victim is from a foreign country and/or has limited English proficiency.

New York State is number 1 in the need for domestic violence services and is number 5 (but may be possibly higher) in the number of human trafficking cases. Without the funds needed to provide services and programs, New York State will undoubtedly continue to lead the nation in demand for services. More needs to be done for victims of human trafficking or domestic violence, or both.